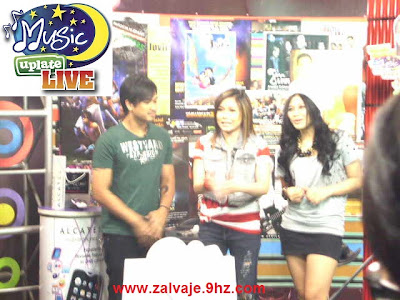 The Zalvaje Eyes Team joined Music Uplate Live last December 7 as a major sponsor to support the music industry. The show celebrated the birthday of Yeng Constantino and it was jam packed. Many guests have participated, and most of them were Yeng's friends in the industry. The show has also introduced new prizes for their daily games and Zalvaje Eyes Sunglasses were the major items to be given for free. More Artists, Bands and special episodes will be expected for the whole month of December and more sponsors will step in. So always tune your television set to Music Uplate Live and join the game and you might have the chance to get a free Zalvaje Eyes Sunglasses. 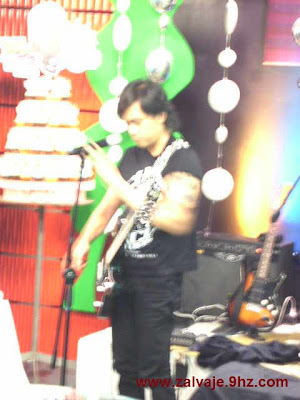 A special participation of Raymund Marasigan of Sandwich has ignited the show. Without his band, he has performed well as usual for the fans of MUL Hosts Tuti and Yeng.

Posted by Zalvaje Eyes at 3:35 PM No comments: 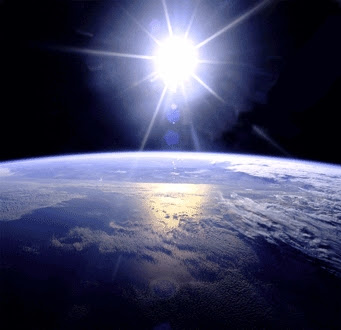 The Antartic Ozone Hole reached its annual maximum on September 12, 2008. Stretching over 27 million square kilometers, 10.5 million square miles. The area of the Ozone Hole is calculated as an average of the daily areas for Sepr.21-30 from observations from the Ozone Monitoring Instrument ( OMI ) on NASA's AURA  SATELLITE.
This is considered a “moderately large” ozone hole, according to NASA atmospheric scientist, Paul Newman. And while this year’s ozone hole is the fifth largest on record, the amount of ozone depleting substances have decreased about 3.8% from peak levels in 2000. The largest ozone hole ever recorded occurred in 2006, at a size of 10.6 million square miles.
The ozone hole is a region of exceptionally depleted ozone in the stratosphere over the Antarctic that occurs at the beginning of Southern Hemisphere spring and typically reaches its maximum extent in late September or early October. The ozone hole then begins to break up, with the area of depleted ozone dissipating throughout the southern mid latitudes, including parts of southern Africa, South America, Australia, and New Zealand. The resulting increase in UV
radiation in those areas can potentially affect human health as well as plant and animal species.
NASA has been monitoring the status of the ozone layer through satellite observations since the 1970s. And today, NASA satellite instruments provide us with daily images of ozone over the Antarctic region, like this one, captured on Sept. 12, 2008. Continuously updated images can be found at NASA’s Ozone Hole
Courtesy of NASA Website Article
Posted by Zalvaje Eyes at 11:46 PM No comments:

The Ozone Depletion causes the U.V. Rays from the sun to penetrate our atmosphere, and causes many radiation related deseases. One of the most familiar desease is  the  "CATARACT". Over exposure to sunlight may cause the lens of the human eye to hardened and accumulate pigmentation, a grayish color throughout the Crystalline Lens of the human eye.
Zalvaje Eyes' 3 years of product research and development  bring us the most innovative and up to date technology, The Photochromic lens Intelligence will give us the complete protection from harmful U.V.A. and U.V.B. rays. With its special properties, light reaction depending on the amount of U.V. rays in the atmosphere, the PLI will adjust its tint, from the lightest, to medium and to the darkest shade. Blocking the rays from the human eye. From prescription glasses, to casual fashion, to the sports collection, wether your an office person, outdoor person or even the most extreme sports person, we have the right sunglasses for you. Check our PLI collections in our product lists and choose the best pair for you.
Posted by Zalvaje Eyes at 11:24 PM No comments: