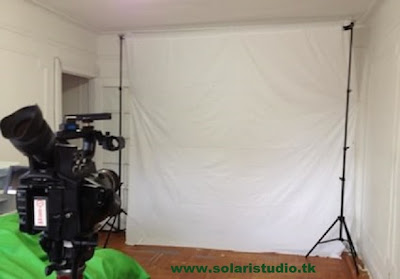 Solaristudio white screen set was received from the manufacturer and the assembly is almost complete. This will be used for the Zalvaje Eyes music video commercial for additional post editing. The trial shoot scheduled next week with the cinematographers and lighting crew, and the shoot location studio probably at North Caloocan. That's the only place we owned and has a wide working area, good for Chroma shoot.

According to the Director, we will be needing several chroma shoot in this music video to be able to express the feeling of adrenaline rush so that the viewers can actually feel the action. As our theme is all about outdoor extreme sports. 80% of the footage will be shot in location initially at Bulacan mountain near Quezon City, and 20% footage will be shoot in the white screen set up. what will be the outcome of the film? nobody knows yet, only the director has the image vision.

What to expect? a lot of outdoor extreme professionals will be involve in this project, and a lot of real extreme action will be showcased in this film. The director reminded all the project crew that "even we will work in a small budgeted project does not mean that it will look cheap and empty in the end". It's all about concept creativity, originality and the passion to express your artistry in the most highest extreme level, if not, then we will not even bother to start shooting.

The music video will be ready for 2014, watch out for teasers at www.zalvaje.com, www.facebook.com/ZalvajeEyesGear and www.solaristudio.tk